Did you know that bubble wrap was originally marketed as a wallpaper product for ‘trendy’ homeowners in the early 1900’s?  How about the fact that Play-Doh! was originally designed to clean stains and smudges off of wallpaper?  (We’re not sure what the wallpaper trend is all about.)

Facebook, a ubiquitous name in social media today, began as a private directory for Ivy League schools, Youtube started out as a video dating site, Flickr was an online roleplaying game before it was a photosharing platform, and Viagra was treating heart disease long before it was getting hearts racing.

The point is, some seriously popular products had no idea what they would be when they started out, and even got it painfully wrong in their early days, but that didn’t stop them from becoming household names with a little bit of time and a lot of flexibility.

Your business, too, will likely look very different in just a few years. 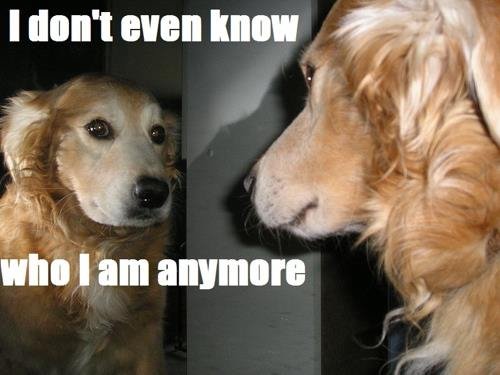 It sounds scary, and you may be shaking your head “not me!”, but if you’re within your first few years of operations, you will be the exception to the rule if you haven’t made some fairly large ‘pivots.’

The chances of this increase exponentially if this company is your first – meaning you’re going to be figuring out product-market fit for the first time – or if you are introducing a product that has perhaps never been seen before (which means, again, a lot of time figuring out your product’s need in the market).

The good thing, however, is that there’s generally nothing wrong with the startup pivot, nothing at all, despite a slight stigma.

While the ‘idealistic you’ will want to take what you have right now in this moment to global super-stardom, the more savvy you will probably learn to embrace the winds of change when they’re for the best.

Companies change directions for many, many reasons.  Sometimes, the changes in a company over its first few years have less to do with any one event or specific, deliberate decision (endearingly referred to as “pivots” in the startup world), and more with a natural evolution of the product or service; you find something that’s working, you dig deeper into it, and before you know it you’re servicing a need you may not even have realized existed in the beginning.

That said, it’s always best to get out in front of a wave of change so that you can ride it, rather than being knocked off your surfboard completely and struggling to get back up.

Here are a few of the top reasons that startups pivot, along with examples of companies who have been wildly successful in executing each:

1) You Might Realize Users Care Disproportionately About One Feature.

This reason for change is not only one of the most common, but it’s also the safest, because it is driven by observable data from users.

Take Pinterest, for example:  Today, the photosharing and ‘pinning’ powerhouse has 100 million active users, and epitomizes a visual social network in which sharing is easy and heavily engaging.

Originally, however, Pinterest was called Tote, and was focused on letting users browse store selections, and then getting alerts when pieces they liked were on sale.

Tote’s founders quickly realized that users were mostly using the app to collect favorite outfit pieces and photo collections, and then sending them to their friends.  A lightbulb went off and the company pivoted to meet user direction.  The rest – cliche alert! – is history.

Another clear example of this is Game Neverending, which allowed users to explore and interact with each other in a digital browser roleplaying game.  Amongst many other things, the game included a photo-sharing tool.

When the photosharing element showed more potential for growth and scalability than the game itself, Game Neverending became Flickr.

Because these types of moves are based on feedback from users (which, as we’ve noted in another post, is pretty important) you can be confident that this kind of pivot will enjoy some degree of support and initial traction.

If you notice that your original vision is becoming overshadowed by users who have repurposed it or are disproportionately enthusiastic about one specific element, it might be time to consider a complete change in focus.

2) You Might Realize That Someone Else Has Beaten You To The Market.

In other cases, it might just be that a larger competitor has brought to market a product that serves the same need you’re targeting, but in a speedier manner.

In these scenarios, you need to make an honest evaluation:  Do you have enough differentiating factors that make your product unique and noteworthy to a point users would have a reason to jump ship for it?  Do you have the resources and resolve to compete with a larger brand in a very similar space?

If the answer to either of these questions is ‘no’, it might be time to evolve into something a bit different.

While this pivot can feel like a defeat, recognize that it might actually be an opportunity to dive down a rabbit hole you had avoided due to having too much time or money invested in your previous direction.

Want a mega-uplifting example of how this can work out?  Bypassing a lengthy backstory, a company named Odeo found itself positioned as a podcasting platform in 2005.  They were excited, they were hungry, and they had investors.

All of a sudden, their market went from “fairly unsaturated” to “better-luck-next-time,” and they didn’t dare try and throw their (meager) weight against Apple.

Shortly after, Odeo held an office hackathon in which they encouraged their employees to pitch as many ideas on a new direction for the company, no matter how crazy they might seem or how little relation they might have to the current product.

One idea that arose was a platform for “micro-blogging”.  A year later, Odeo had rebranded to focus on a product called “Twttr” – which would later become Twitter – which would, shortly thereafter, change the way the entire world communicated.

3) Your Idea Just Doesn’t Add Up In The Real World.

Sometimes, an idea that seems great on paper, or on a screen, or even in the minds of those you confide it in, might just not be something that a market demands, or can be convinced to demand.  In short, it’s just not as good as you thought it was originally.

Sure, it sucks, but it’s also the reality of the startup and innovation world; if there were no risk, if every idea that got a “hurrah!” from friends and family made it to an IPO, well, everyone would be doing it.

In recent discussions with a startup accelerator program we here at Responster have looked into, we uncovered that a startup the program sees as having high potential is one that can show 30% revenue growth month over month.

In a brief Forbes article on the startup pivot, David Teten, founder of ff Venture Capital, proposes an alternative approach for determining when a CEO might start to think about making changes, writing, “If three months have gone by and no new investor, employee, or client has joined you, that’s probably a sign you should pivot (if you have cash left) or shut down (if you don’t).”

It’s a more vague definition, but it helps give a framework for growth and stagnancy, as revenue might not be the immediate focus of every startup (indeed, it often isn’t, especially in the case of B2C and social apps). Yet another approach comes from tech investor Brad Feld’s blog, in which he describes meeting a late stage investor who described the “40%” model as a measure of where software as a service (SaaS companies should be).

In short, the idea is that the sum of a company’s growth and profit should be no less than 40%.  For example, if you’re only growing at a 10% year over year, you’ll want to have a profit margin over the same time of at least 30%.

Conversely, if you’re growing at a rate of 50%, it’s alright it your profit margin is currently at -10%.  Brad says the 40% figure was chosen based on data the investment group had gathered from a wide range of factors and companies, but, alas, we don’t know what exactly they are or how applicable the figure is across non-SaaS industries.

Regardless, the signals that indicate to you that your company may be in need of a major pivot could be any one of these three, or something completely different.  The trick is to recognize when a change is needed and focus your workforce on that goal (i.e. the Odeo to Twitter hackathons), rather than wasting more time on something that just isn’t working.

4) Your Own Evolution Becomes Apparent Sometimes, you might just detect a new functionality or approach that could be a game-changer for your product/company.

You might realize that something that you’d marginalized or pushed back before might actually be the key to skyrocketing your growth.  Or you might realize that while your product itself is fine, the platform it’s built upon is even better, and has farther-reaching applications.

One example of this pivot type is Shopify.  Today, Shopify helps facilitate over $100 million per year in transactions for businesses that use their platform to setup digital storefronts.

Originally, Shopify was a bespoke solution for the founders’ own snowboarding company; fed up with the lack of accessible options back in 2004, one of the store’s owners coded their own platform for buying and selling their snowboards and accessories online.

They quickly realized that the framework to build a digital storefront was much more valuable than their snowboarding business would ever be, and Shopify became their primary focus, releasing to the public in 2006.

I guess what I’m trying to say is…

Don’t fear the startup pivot.  If need be, embrace the pivot.  Better yet, be the pivot.

But seriously, this post features a tiny smattering of the companies whose CEO’s had a decision to make:  Continue along down a path that wasn’t delivering on its original dream, or bravely change direction and take on a fresh chance at becoming a household name.

If you’re feeling doubts, just recognize that doubts and failures can be isolated to a specific project, and are no reflection on your chances of running headlong into success when you decide to open up a different door.

Made a startup pivot of your own?  Got a question?  Leave a comment, I respond to ’em all.